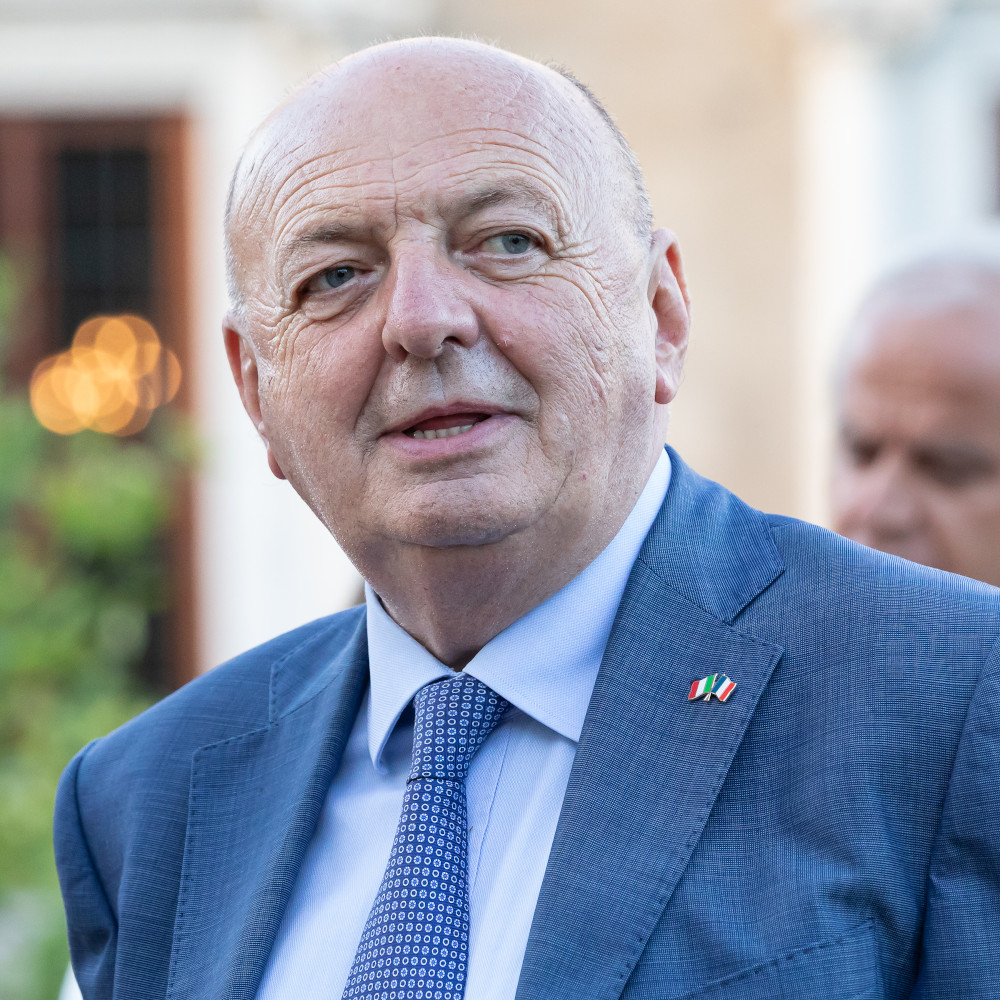 Gilberto Pichetto Fratin graduated in Economics from the University of Torino. A chartered accountant and professor of accounting, he has always carried out professional activity as a business consultant in the corporate, tax, business and professional sectors. He held public offices in municipal and regional administrations before and after the election to the Senate of the Republic with the Popolo della Libertà and Forza Italia during the XVI legislature (2008-2013) and in the XVII Legislature. He was secretary of the V Permanent Commission for Economic Planning, Budget, since 2010 head of the Group of Popolo delle Libertà, and member of the 11th Permanent Commission for Labor, Social Security, and of the Parliamentary Commission of Inquiry on the phenomenon of accidents at work. In the current Legislature he has held the position of Head of the Group in the Budget Commission in the Senate and he was subsequently appointed Deputy Minister at the Ministry of Economic Development in the Government of Mario Draghi, a position he still holds today. He has worked to ensure the creation of the “Italian research center for automotive and aerospace”. The center, based in Torino, is aimed at creating an infrastructure that uses artificial intelligence methods, in order to increase technology transfer and favor the aggregation between the automotive and aerospace supply chains, a strategic condition to boost innovation of the Country.